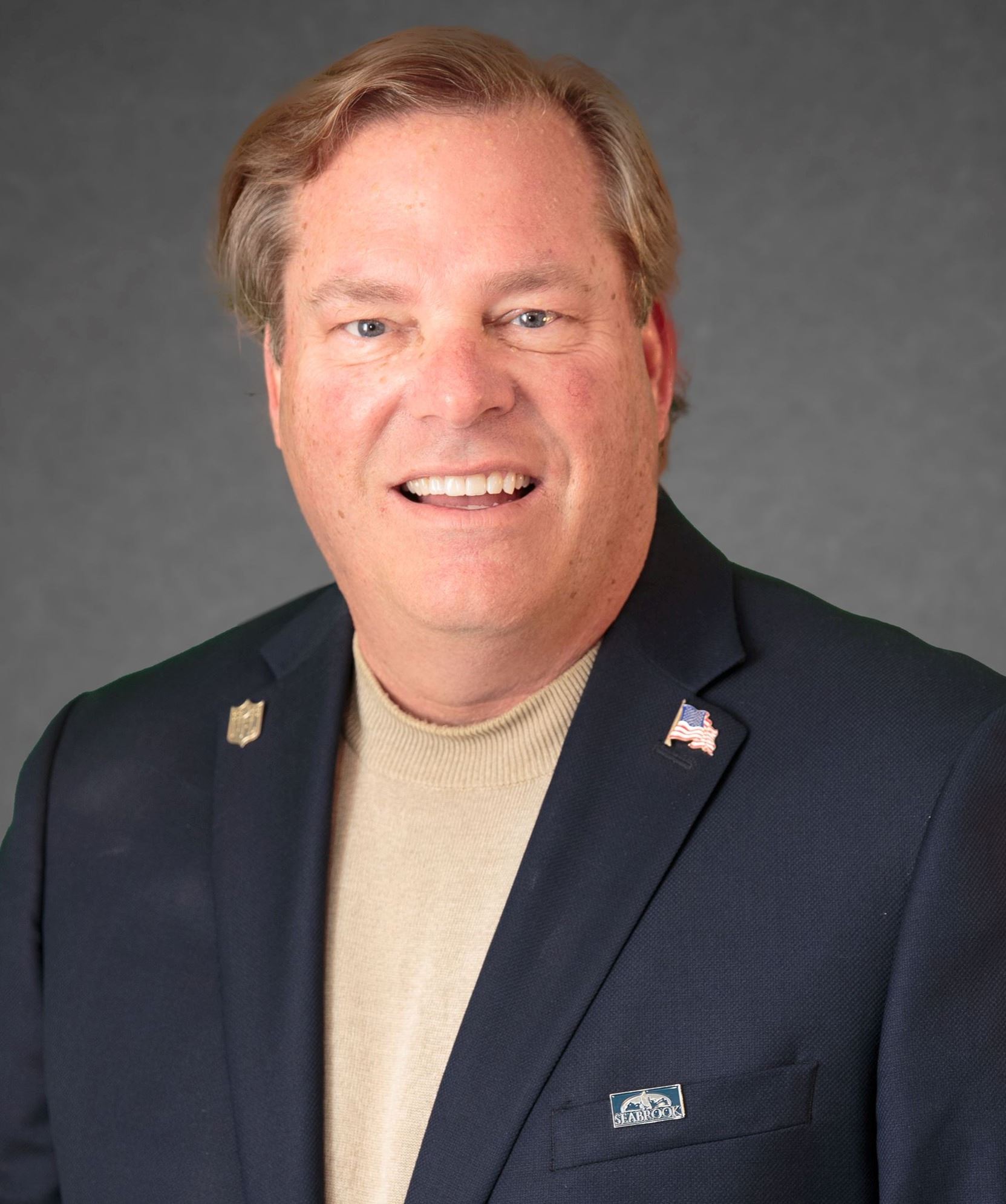 Joe Machol was elected to Seabrook City Council in July of 2017 during a special election and has been a resident of Seabrook for 50 years. His family moved to Seabrook from Ohio in 1967, and his father opened Acme Cleaning Equipment, a local business thru 2010.

Joe is an active duty Texas State Guardsman, and the owner and tour guide of ETO TOURS, a WWII tour company where he guides clients to European battlefields. Joe is a professional sports official who umpires college Baseball, and referees high school and college football. He has been the game clock operator for the NFL for 15 years, and has worked 12 NFL playoff games, 3 NFC Championship games, and 2 Super Bowls!

Joe can be found driving his 1944 Willy’s jeep around Seabrook on weekends. He volunteers his time at the Bay Area Veteran Memorial in Seabrook which was established in 2013. He is an avid hunter, and outdoorsman. Joe has 2 sons, a grandson, and granddaughter.

/Calendar.aspx
Payments
Financials
Permitting
Meeting Agendas
City Jobs
Service Requests
Emergency
Preparedness
Sign up for Seabrook alerts, make a plan, build a kit, and be Seabrook ready...
SH 146
Expansion
Learn more about the TxDOT SH 146 Expansion project...
Open
Records
Learn how to request public & open records...
Ordinances
& City Resolutions
Find out the latest ordinances and resolutions passed by your City Council...
Utility Services
Find out more about water and trash services including applications and rate information...
Floodplain Info
Find out if your home is located in the floodplain and what that means...
Proposals
& Bid requests
Search our list of current requests for proposals and bids...
City Maps
& GIS
Our robust mapping system has all the information you need...
/QuickLinks.aspx
/QuickLinks.aspx
/QuickLinks.aspx
[]